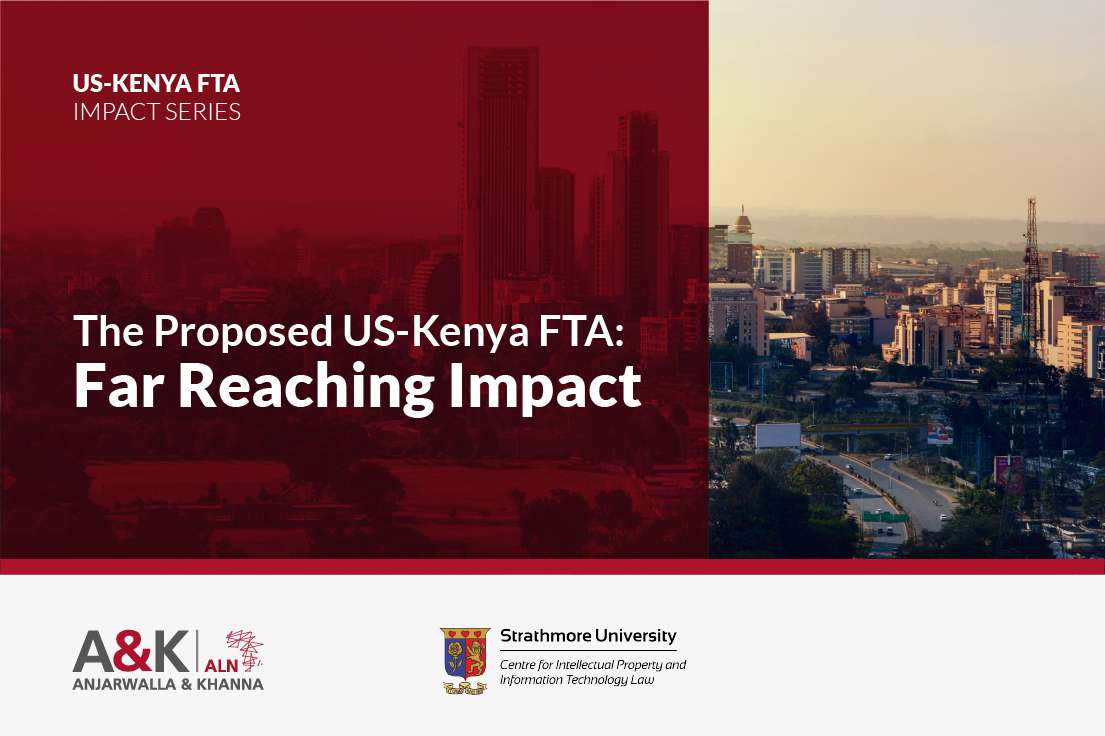 The Kenyan Constitution conceptualises democracy in much broader terms than just free and fair elections. It encapsulates the idea Mamdani espoused that if democracy is to be an activity of meaning to citizens as a whole then its form and scope must be meaningfully related to the living conditions of the citizens.

Our politics can often be elitist and self-aggrandizing. It is therefore not surprising that issues crucial to the interests of citizens are often ignored in democratic debate. Our politicians often distract us with red herring debates or public conversations designed to promote narrow political interests. The evolving Building Bridges Initiative (BBI) debate is a case in point. Our cycle of elections does not actively promote new thinking and insufficiently promotes new talent. We tend to recycle our elites.

However, our current constitutional dispensation dictates that public participation is crucial and indispensable. It is public participation that anchors the people’s sovereignty and makes tangible that ever-elusive concept of “we the people.” The proposed US-Kenya Free Trade Agreement (FTA) offers us an excellent opportunity to broaden our understanding of democracy through our participation in governance.

An FTA is a treaty between states that seeks to facilitate trade in goods, services, and even investment. These treaties set out to determine the tariffs and duties that countries impose on imports and exports with the goal of reducing or eliminating trade barriers, which include tariff and non-tariff barriers.

They usually centre on a chapter providing for “preferential tariff treatment”, but they also often include clauses on trade facilitation and rule-making in areas such as investment, intellectual property and government among others.

While FTAs are generally encouraged as tools to improve free trade between countries, they are often misunderstood as vehicles for development. They do in fact have the power to facilitate development, but only if and when the states involved have clear interests in pursuit of their own growth. At their core, FTAs are strategic tools to advance government interests. For example, the US government uses its government procurement requirement in FTAs, “Buy US, build US”, to create and expand its own development space.

As can be deduced from the summary of negotiating objectives, the US’ interests are clear. The United States Office of Trade Representative (USTR) has identified 24 chapters on which it plans to negotiate with Kenya. The US is determined to expand access for their industrial goods, agricultural goods, and services, including telecommunications and financial services, and to secure US investment in Kenya.

In order to do so, it seeks to: promote intellectual property rights; secure market access for their pharmaceuticals and medical devices; streamline competition policy between the two countries; ensure that labour standards meet International Labour Organisation (ILO) recommendations; increase opportunities for U.S. firms to sell U.S. products in Kenya (“Buy America”); and ensure unrestricted cross-border data flows among others.

The Kenyan Ministry of Industrialisation, Trade and Enterprise Development has in turn identified 22 chapters on which it wishes to negotiate with the US. The Ministry shows its commitment to achieving a deal that will increase the inflow of US Foreign Direct Investment (FDI) into Kenya; ensures market access into the US for certain Kenyan goods and services; expands existing value chains; and ensures that the outcome of negotiations contains provisions for technical assistance and capacity building among other objectives.

However, some of Kenya’s objectives could do with more specificity. For example, Kenya hopes that the FTA will enable it to promote its position as a transit hub for goods and services; take advantage of opportunities arising from foreseen commercial consequences associated with global health, economic and social dynamics; and ensure that the negotiations will be conducted in an agreed sequence to ensure a “balanced outcome”. The chapters could be clearer and more incisive, following the lead of the USTR.

Some believe that Kenya’s principal motivation is to prevent disruption to its market access to the U.S. after the expiration of the African Growth and Opportunity Act (AGOA) in 2025. AGOA is a United States Trade Act, enacted on 18 May 2000 as Public Law 106 of the 200th Congress. The legislation significantly enhances market access to the US for qualifying Sub-Saharan African (SSA) countries. The graph below illustrates Kenya’s export revenue (in dollars) from the US under the AGOA regime.

Figure 1: Value of the top 20 Kenyan exports into the U.S. (in dollars)

Unlike an FTA however, AGOA is a non-reciprocal and unilateral trade deal (i.e., countries do not have to concede market access to the U.S.) that allows Kenya and other least developed and developing countries additional market access into the US

It extends duty free and quota free access to the US market on roughly an additional 2000 Harmonised System product lines, above and beyond the 3800 lines that are duty free under the US' most-favoured nation (MFN) offering, as well as the 3400 lines under its General System of Preferences (GSP) programme.

While AGOA is non-reciprocal and unilateral, it is not un-conditional. In order to benefit under AGOA, the US requires countries to comply with a broad range of conditions such as respecting and promoting the rule of law, respecting human and workers' rights, and upholding democratic and market-based economic principles. AGOA eligibility criteria also dictates that barriers to U.S. trade and investment should be removed.

AGOA eligibility requirements are set out in Section 104 of the AGOA legislation, but it is the US that determines, annually, whether countries have met them. Status may therefore be granted or withdrawn at the discretion of the US President.

Actually, some countries have been newly designated as eligible countries, while others have been struck off the list. For example, Madagascar was suspended from AGOA preference in 2010 owing to a coup d’état that occurred in the previous year and then granted beneficiary status again in 2014 after the President was elected in a democratic general election. Swaziland and Burundi have met the same fate.

In the WTO trade policy review of the United States in 2004, the EU pointed out that it was sceptical of whether these political and non-objective criteria used to determine AGOA benefits are “square with the applicable WTO rules governing such arrangements”. Indeed, most would agree that AGOA operates outside of the international legal system. And this is the first of its problems.

As Kenya negotiates the FTA, it needs to be conscious of avoiding pitfalls where it can. Consider the US-South African poultry dispute.

South Africa had, for more than a decade, imposed anti-dumping duties on US chicken exports. The country contended that US producers wanted to export chicken pieces that were undesirable in their domestic market. It therefore imposed an anti-dumping duty (roughly $0.60 per kilogram) on US chicken exports above the standard duty of 37% that such exports already attract.

After a nearly 15-year standoff on this issue, involved parties negotiated a duty-free quota. Nevertheless, slow progress on the implementation of this agreement by South Africa led to US President Barack Obama notifying Congress and Pretoria that unless the negotiated agreement was implemented (evidenced by US chicken exports on South African shop floors), South Africa would lose trade preferences extended under AGOA for its agricultural exports.

South Africa therefore ultimately allowed US poultry access into the South African market. In addition, it had to allow US pork cuts which it had previously restricted because of concern that they might transmit porcine reproductive and respiratory syndrome. It also had to lift the ban on US beef it had put in place after bovine spongiform encephalopathy, commonly known as mad cow disease, was detected.

The poultry negotiations reify the inherent power imbalance inherent in any trade relationship with a world power like the U.S. and the need for Kenya to negotiate sophisticated waters within this imbalance.

While AGOA was not meant to continue in perpetuity, there was no indication that the US Congress would not renew it in 2025. President Uhuru Kenyatta’s statements justifying the proposed FTA however insinuated that the Trump administration understood that AGOA would be discontinued in 2025. Whether this will be the case is not certain seeing as the renewal of AGOA is the prerogative of Congress, which has historically renewed it, and not the Executive. In any event, with the recent change in government in the US, it remains to be seen what President Biden’s policy will be towards AGOA; the previous inclination to non-renewal appeared to stem from the Executive.

While there is speculation that the US might have proposed removing Kenya from the program because the country had “graduated” from it – having attained lower middle-income country status – there is no formal articulation of such a proposal.

It is important to note that the US-Kenya FTA cannot be considered a simple replacement of AGOA. The US-Kenya FTA, while having large potential, will also present some challenges. Countries signing trade agreements have to invariably compromise, and we can expect that in any agreement with the US we will have to make concessions.

US trade agreements typically require adoption of extreme intellectual property policies that can result in an increase in prices for essential goods such as medicines, textbooks, and more. Required e-commerce rules limit government regulation of online retailers and other mega-platforms and limit privacy and data protections.

In addition, service sector rules forbid limits on the size and types of services offered by US banks, retailers, energy and other firms, that obtain new rights to establish operations in trade partners’ countries. In addition, Kenya would be required to make major trade liberalization commitments that might limit its policy space to ensure food security and targeted industrial diversification.

It is also important to consider that our place in existing regional trade agreements such as the East African Customs Union (EAC) and the African Continental Free Trade Area (ACFTA) will need to be carefully managed. If ever there was need to exercise that constitutionally guaranteed right to participate in governance, it is now.

While the US FTA can usher in an entirely new era of trade relations with the world’s greatest power, Kenya needs to overcome any inherent naivete about its leverage vis-à-vis the US, and handle the negotiations with great care. Next week, we will show how the proposed FTA will impact our existing data protection, IP, and environmental protection regimes.

This article is part of a collaborative series on the US-Kenya Free Trade Agreement (FTA) between ALN Kenya | Anjarwalla & Khanna (A&K) and the Strathmore University Centre for Intellectual Property and Information Technology Law (CIPIT- SU). This article was authored by: